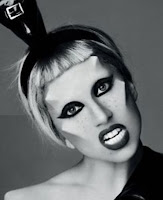 This story has more angles than Lady GaGa's Face.  Can anyone name all the people that the mayor has fired or made it so uncomfortable that they resigned?  He started by firing a Deputy Clerk when he first took office in 2007.  An unpleasant  task that he "just had to do" or at least that what he told me and anyone else that would listen.  He talked about this non stop during the month of November as we car pooled together to work.  I only vaguely knew who this person was, but the mayor claimed this person was not very friendly to the residents who conducted business at the office.  I have since heard another story as to why he fired this Deputy Clerk...something that had to do with an unwillingness to corroborate with another village employees accident and disability claim.  Like I said, that is just a story I was told by many people.  I have also been told that the firing of this clerk was tad premature, because the mayor was still a trustee and had not been sworn in as mayor.


Not long after,  the next head on the chopping block was a veteran of law enforcement and our Chief of Police.  I knew the chief pretty well and always thought of him doing a great job in our village.  The news of his imminent dismissal upset me and many others.  The mayor and I were still car pooling at the time,  I asked him why he was going after the chief?  The mayor replied that it was not him but 2 trustees that wanted the chief gone.  The dismissal dragged on for several months and finally the chief accepted a severance of $50,000 payable in monthly increments.  Funny thing about that one, the chief was waiting till he turned 72 and was going to retire anyways.  Good for you chief.


The next one to feel the noose tightening around his neck was the DPW Superintendent.  He would not believe me when I told him that the mayor and a few of the board members wanted to give his job to someone else.  Finally he saw the writing on the wall, and resigned after finding another job.  Glad he got a chance to cheat the hangmen.


Who's next?  One of our village police officers who was also born and raised in the bay.  The mayor took away his badge for some lame reasons.  Chewing skoal and talking on his cell phone to name a few.  If he only had a Bluetooth for his cell phone, he might still be here.  Watertown PD thought enough of him to place him on their force.


Several weeks ago Kelly Butcher, Deputy Clerk refused to sign a notice of discipline that was given to her by the mayor. Most likely not agreeing with the instances cited, would be a reason for not signing. The price she paid for refusing to sign the NOD?  Suspended with pay.  Several days went by and an emergency Village Board Executive meeting was held [5.31.11].  It seems as though their was some friction between the Deputy Clerk and the Village Clerk.  The meeting was claimed a success, the differences between the 2 employees magically disappeared and they were both back to work the next day as if nothing ever happened.  The village clerks office has been going through a state comptrollers audit.  So I am sure the board wanted the 2 to bury the hatchet so the auditors could conclude the almost 2 month long audit.


A few days ago the village offices were abruptly closed on Wednesday.  No explanation, only a sign in the window saying that the office would reopen 7:30am June 13th.  I have talked to a couple of our Trustees to ask them what is going on.  The reply:  I don't know, you will have to ask the mayor.  Rather than waste my time doing what was suggested,  I did some investigating,  my sources tell me that Miss Butcher was fired because she was not being friendly enough.  Does this sound familiar?  It should, because that is why the mayor fired the other Deputy Clerk almost 4 years ago.


Other questions come to mind.  If the Deputy Clerk was fired on Wednesday,  why didn't the Clerk come back to work on Thursday?  Why wait till Monday?  I bet the auditors are a little ticked now that their audit was needlessly backed up 2 days.  If the Clerk had no intentions of returning to work till Monday, why was the mayor in a big yank to fire Miss Butcher on Wednesday?  Why not hold off on that dirty little deed till Friday.  The Offices would have remained open and no interruption in village business.   Maybe the mayor could not contain his excitement? Or, this is just purely conjecture, maybe the mayor wanted Ms. Butcher out of the picture for the final days of the audit?


Now the mayor has come full circle.  He is right back where he started when he first took office.  Will history repeat itself in our village?  Will the firing cycle begin again?  I guess the question is, can the mayor fit it in before the November elections.  If the mayor runs for Alexandria Town Supervisor, and god forbid he wins!  He will be bored,  The Town Clerk and Highway Superintendent are elected positions and there is no police department.....
Posted by jim cummings at 6:32 PM