I have not been downtown in over a year. It was not any one thing but a whole list of why I stopped frequenting bars. "Just fed up with all the B.S." is what I tell anyone that wants to really know.

"I am never going back there again" were the words I had to eat.  Eat them I did, because I was compelled to attend a music event. An event that  no fan would miss. So I put on my big boy pants and entered the establishment I had not been to in over a year but used to visit almost daily. I was prepared for the.... "Hey! Where ya been"? And all the other trite sayings that go with a wayward loyal customer that makes a return after a lengthy hiatus.

So I ordered a beer and it was set in front of me. I had a five in hand but I was told.... "Hey... this one is on us.... we missed you"! I thought to myself "ok, I felt like the prodigal customer". But I also thought "you are still on probation".

Later, after finishing my welcome back beer, I ordered another one. Come hell or high water, I was paying for this one because in my mind nobody rides for free. Everybody deserves to make a buck. So I handed over my five and it was taken without any squawking. I patiently waited for my buck and a quarter change, but it never came. Apparently the bartender got busy. This happens, so I waited till I could get their attention. That never happened, so I said to myself, "Jim, you were going to put that buck and a quarter in the T.I.P.S. jar any ways". But, the fact remains..... I WANTED TO MAKE THAT DECISION. I get satisfaction from making that ceremonial  T.I.P.S. jar donation.

Fast forward to this afternoon. I made a special trip to the same bar to listen to one of my favorite solo musicians. I ordered a beer from that same bartender and handed over a ten. Got my change back and tossed a buck and a quarter into the T.I.P.S. jar. Feeling pretty happy I sat down with my beer and listened to the music.

Later, I went to order another beer but this time it was a different bartender. One that I do not know. So I handed her four ones keeping a single in my hand. She was pleasant enough so I had every intention of scooping up my quarter change and tossing it in the T.I.P.S. jar with the single. I watched in dismay as she took it upon herself to take my quarter change right from the till and toss it into the jar that was located at my left elbow. I heard it clink and thought SON OF A BITCH..... did she just do that? I had to bite my lip and not let out a spew of WTF OMG WTF. I know it was only a quarter but I WANTED TO MAKE THAT DECISION. I wanted to be generous and add a buck to that quarter because the bartender was pleasant. So I slipped the buck into my pocket and grabbed my beer. Listened to the music and left.

Since this bar is on my personal probation..... I WILL NEVER EVER BE BACK. And you can take that to the bank with the quarter you stole from me! 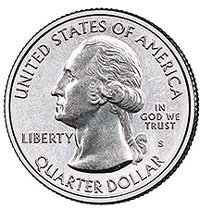