The War On Tourists 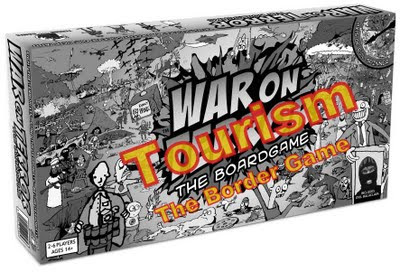 Ever since 9/11, the US has beefed up its patrol of our borders. Homeland security rules the roost with its primary objective, War on Terrorism. Canada has followed suit. Recently, all the media has been focused on Mr. Andersen, the American fisherman who got busted for not checking in with Canadian Customs. Some NYS residents are calling for a boycott on Canada. Seems like the logical next step, if you are the boycotting type.

How many terrorists have either of the countries caught trying to cross the borders illegally? How many have been caught trying to gain entry legally? None? Not many? Who knows! There is an amazing amount of Security on both sides of the border. No self-respecting terrorist is going to try and cross the border without a high probability of successful entry. The governments have saturated the 1000 Islands with all sorts of security. My guess is that the terrorists are looking at some other back door to cross the border. Shouldn't we spread out the anti-terrorist security? Are both governments’ bureaucrats screaming for results at any cost? Are there monthly quotas to meet?

Statistics and quotas are achieved by going after people like Mr. Andersen. I am sure there have been similar situations like his on our side. Some people just look at security as somthing not to challenge, so most go without any press. Is it possible to protect and serve without creating a police state? Since the elusive terrorist cannot be found, is it really necessary to wage war on the tourist?