In January 2012 Town Supervisor D. Hunneyman was notified that the budget exceeded the 2% tax cap that was imposed in 2011.  An unexpected workman's compensation payment that pushed the budget up $22,392 more than expected caused the town to find ways to rectify the tax cap overage with NY State's Comptrollers Office.


In August of this year, the town board filed local law No. 2 [2012]. This  local law is designed override the tax levy limit established in General Municipal Law $3-c. Allowing the town to  legally exceed the 2% tax cap.


In October the proposed 2013 town budget was made available to local tax payers.  The budget increased by 56% over last years budget. Raising from 53¢ to 83¢ per $1000 assessed property value.  Just a tad bit over the 2% cap wouldn't you say?


At last nights town meeting, Supervisor Hunneyman stated that some taxpayers  had contacted him and apparently were not happy with the proposed budget.  Hunneyman found $50,000 that he shaved off the budget, reducing the increase from 56% to 34% or 71¢ per $1000 instead of the original 83¢. 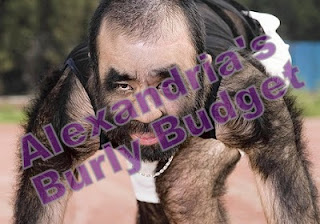 I am not sure how those taxpayers will feel about this amended budget, but I say that it is not good enough. Trying to get this budget more manageable by changing the 3% increase in workers wages to 1% is an insult. Find someplace else to cut, not shave.  Adopt a plan to increase taxes by a moderate amount over the next few years. An 18 or 20% increase over the next few years would be easier for the taxpayers to swallow than a 56% or even 34% increase in the upcoming year.

The budget will be adopted  at a special meeting to be held at the town offices on November 14th at 6pm. 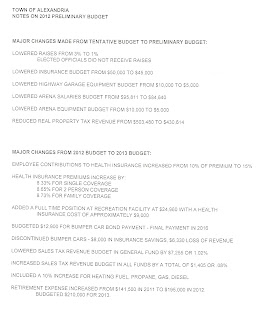