The  hype of the Myan Calender has come and gone but the clock is ticking towards the looming December 31st Fiscal Cliff deadline.  The village is facing it's own fiscal cliff but in reverse.  A group of islanders located within the village taxing jurisdiction are demanding relief from property taxes.


One way or another, you and I will be paying for the islanders relief from property taxes.  The group claims that it is unfair that they pay the same taxes as you and I but receive no services.  They originally were asking for a P.I.L.O.T. [payment in lieu of taxes] program but local government attorneys M. Gebo [village] and J. Russell [town] along with Jefferson County Legislator P. Reed may have convinced the groups spokesman R. Pietrafesa Jr. that a   P.I.L.O.T. will not work under these circumstances. 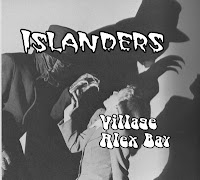 The group of islanders have another plan as a backup.  An alternate plan that they are reluctant to implement because it would likely result in no future revenue for the village and a costly claw-back for past taxes paid over decades.  They claim to be simply looking for equity in assessments and property taxes without hurting the village.


Village Attorney M. Gebo made some rough calculations on the equity the islanders are looking for.  He came up with a ball park figure of a 3% tax increase for the rest of us pay to offset the decrease in taxes for the islanders.


The following were present at the 12.6.12 Islander Workshop:  Mayor Jury, trustees: Henry, Penn, Jarvis, and Williams. In addition,  Town Supervisor Dale Hunneyman, and Jefferson County Legislator P. Reed,  Village Attorney M. Gebo, and Town Attorney J. Russell.  Apparently in an attempt to not feed into the Islanders Request The Alexandria Central School Board sent no representatives.  Kind of ironic that everyone else lawyered up but the Islanders.  Pietrafesa stated that his groups lawyer had pressing matters in NYC and the other 20 people that he represented were busy doing Christmas things.

Will anything come of this Legal Conflict between the Islanders and the Village Taxpayers?  If you read the article in the T.I. Sun you might be inclined to shrug and say no.  But I encourage you to listen to the audio and read the 2 page cover letter that was attached to the Payment In Lieu Of Taxes agreement that was submitted to the village on 9.30.12.  You should take note of those names that are listed at the end of this letter, as they are the group of islanders that this legal conflict represents.

Do I believe that all those people are 100% gung ho for this legal battle.  Probably not, more likely they are riding the coat tails just in case something beneficial results in their favor.  We as tax payers need to draw the line in the sand and send a clear message to our elected officials..... we will not absorb a tax cut for the wealthy on Millionaires Row.

Other Links to this story:
Islanders Pilot Request Progress 10.28.12