Will The Town Board Make The BEST Choice 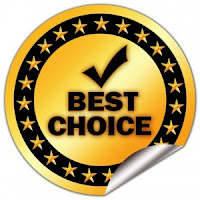 A couple of years ago, village trustee Jury was elected Mayor.  This created a vacancy, because Jury had one year left in her term as trustee.  In previous village boards, the mayor made these types of decisions, their was not much discussion.  Most often the board would give the nod and simply agree to the mayor's appointment.


When the village board appointed Cindy Penn to fill the trustee vacancy, the board as a whole discussed it, deliberated and debated on it and finally publicly appointed Penn to finish the term. To me, this was amazing.... democracy at it's finest.  Was the boards participation a fluke?  Nope, it happened 4 more times.  Mayor Jury appointed a village clerk, deputy clerk, treasurer, and an acting police chief.  All four appointments, involved input from each board member.  I know for a fact, that not one board member was strong armed or pressured into going along with any name that the mayor suggested.  Again, democracy at it's finest.


The resignation of Councilman Durand has created a similar situation for the Alexandria Town Board.  A couple of wolves have come out and are circling this vacancy like it is a wounded prey.  That is usually what happens, but the town board should not just pick one of the wolves.  The board needs to go out and do their own hunting and find the best candidate to fill this vacancy.  Picking whatever shows up at your door step is no way to make the best choice


I have a question for the town board.  Will you be like the village board, using the process known as democracy?  Or will you choose the darker side of decision making, Autocracy.  I fear that some will  take the path of the least resistance choosing one of the wolves instead of going out and hunting for  the Best Choice.  It also worries me that your decision might be based on what will secure your seat at the next election.  Choose Wisely...

The town board could make an appointment to fill this vacancy at the next meeting scheduled for February 1st.  This meeting was rescheduled from the original 2.13 date due to a scheduling conflict.
Posted by jim cummings at 4:43 PM