The Knights of the Old Republican Party were challenged by the New Rebel Republicans.  Light Sabers and Blasters were drawn as tempers flared.  The Imperial Storm-Troopers were even called in to help settle the skirmish.  Nobody was hurt, although a few threatening words were exchanged.


Was this a scene from a  Lucas Star Wars Movie?  It could have been. Especially with some of the  characters that were present at this alleged event  from the other night.  Now lets see, who could be the Emperor, or Jabba, ...how about Jar Jar Binks? Something similar did happen the other night, minus all the Star Wars weapons. 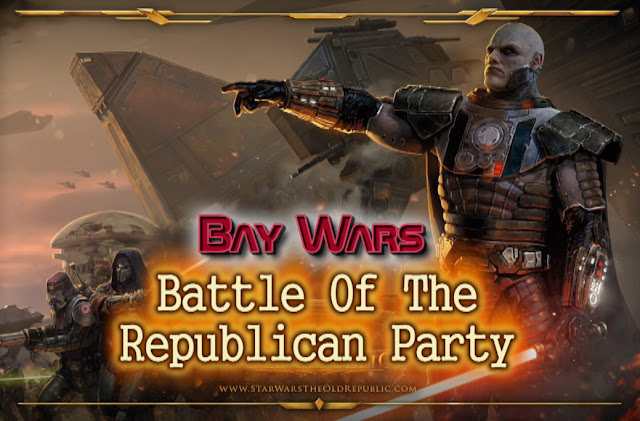