Fall Cruise Through The Rift 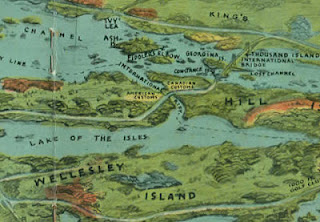 I recently went for a cruise on the St. Lawrence River.  One of the prettiest spots on the river is along the International Rift.  The Rift is narrow in spots and this time of year extremely shallow [see inset].  Enjoy the video and special thanks to my friends Peter and Michele for having me along.

If you have a Facebook account, you can click on this link and click "Like" to become a Fan..  The group has also just launched their new web site FergusonTaylorRogers.com.  I shot the video below at the recent Rockin' The Bay event.  These guys always bring a little something extra special into their version..... Moon Dance by Van Morrison.....

Are You Saving $ On Your Electric Bill?

No doubt in the past couple of years a friend has approached you and asked; do you want to save money on your National Grid electric bill?  Over 30 alternate electric suppliers are available since the deregulation of the NYS energy market.  These suppliers are called ESCO's or Energy Service Companies.  They all claim to save you money on your electric bill. 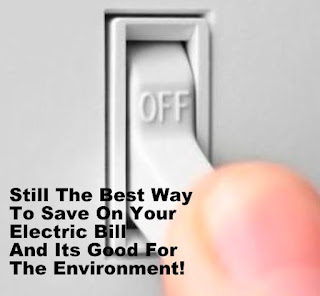 National Grid has released a preliminary analysis that shows that most upstate residential customers who have changed to an ESCO have not saved money.  I found this story on NewzJunky and can be seen on Syracuse.Com.  As a matter of fact the analysis says that 84% that switched to an ESCO spent more on their electric bill than if they had stayed with Nat. Grid.  An average of $20.79 per month more over a 2 year period.


The Good News!  The other 15.7% saved a whopping $2.09 per month over the same 2 year period.  I am sure that the $15% of all the upstate residential customers that saved money all live in Alexandria Bay.....  But don't worry the good people that sold you that bill of goods are sitting in a financial nirvana.


You are not alone....last December the Village of Alexandria Bay converted to an ESCO.  The change was made without board approval  as the new mayor was taking office.  The Town of Alexandria changed to the same ESCO at the 9.12.12 meeting.  As a taxpayer I am not to happy about our local governments gambling with our money.  But keep in mind that Nat. Grid has not yet released an analysis on municipalities, but I would think that it would be similar to the residential analysis.

Bloggers Note:  Nobody wants to say that they paid to much for anything.  Some People will tell little white lies so that friends and family will view them as a shrewd shopper in today's shaky economy.  Be honest with yourself.... it is contagious. Me?  I contacted NYSERDA and was advised to stay with Nat. Grid.... which I did.
Posted by jim cummings at 6:45 PM

Since I have not made a video lately..... Here is one of my favorite Hendrix tunes.....

Development Authority of the North Country presented its first monthly operations report.  D.A.N.C. took over operations of the facility on August 1st. Already they have headed off some potential violations with a few different agencies.  I found their report kind of interesting, and you may too!  It will make you wonder how the village operated this facility for so long and did not get caught......


Tonight, the Democrat Committee of Alexandria Bay gave the nod and nominated 2 residents as candidates that will be running for 2 Trustee seats this November.  The first is incumbent Gary "Critter" Williams.  The second is a guy that vacillates between right wing, left wing, independent, and unpredictable.... ME! 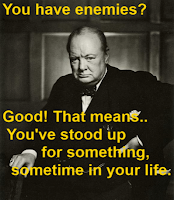 It was not an overwhelming nod but more like an act of sheer desperation because no party likes to leave a seat vacant for the other party to snag.  There will be no mudslinging from me and I expect none from the candidate[s] from the Republican Party. I am very comfortable with the persona that I have created. I also know exactly who and what I am.    All I ask is that everyone VOTES.
Posted by jim cummings at 8:27 PM

Audio from the Public Concerns portion of this meeting.  Those speaking are: B.J. Mosher, Julie Strough, Alex Mosher, and Susan Cavallario.


Audio from the Trustee Reports portion of this meeting. Heads Up, at about 3 minutes and 30 seconds there is a spike in the audio. Someone in the row behind me kicked the chair that had my audio recorder setting on it.

No Caucus for the Town Of Alexandria this year.  There are no vacant seats until 2013.  This is a Village of Alexandria Bay Caucus Only!  This blog announcement is intended as a supplement to option 2 of announcing a Caucus as described by the Jefferson County Board of Elections:

The purpose of this Caucus is to seek nominations for Two [2] village trustee seats.
Registered Democrats in the Village of Alexandria Bay are encouraged to attend this Caucus Meeting.

Blues In The Bay:

It is not always about the band or the music ..... sometimes ya just have to have a little bit of fun at someone else's  expense....

My friend Walt Young was recording  the String Of Pearls Blues Band.  For 2 or more hours he wandered through the crowd or could be seen panning the stage. I can hardly hold my little Flip recorder for any long than 5 minutes. Where ever Pearl Skywolf went, Walt was right there.

I took some video of Walt video recording the band and the crowd.  Lets just say that I had some fun with the video I captured,  all at Walt's expense.....

The Chance Of A Life Time

Blues In The Bay:


Local businessman and amateur  harmonica player, Alex Mosher is a big fan of Blues Diva Carolyn Kelly and her band.  I was standing in the wings with Alex when Ms Kelly called Alex up onto the stage to play his harpoon.  Alex did what most of us would have done..... He momentarily  froze, I could see he was going through mixed emotions of fear, embarrassment, and giddiness aka  a small case of Stage Fright.  I tried to help my friend Alex..... by giving him a quick pep talk..... Alex, this is a chance of a life time, it is what you want to do..... and with that I placed the palm of my hand on his back and gave him a friendly shove towards the stage.  Up he went..... the rest is a milestone for Alex.....