I know of no statuary authorization that would allow a payment in lieu of taxes agreement like they [the islanders]  are describing. ...... I did talk to town attorney Russell, he is also of the same opinion...... I believe the county would also have to be involved in this because they are also a taxing jurisdiction. ~ Village Attorney M. Gebo [Village Board Meeting 10.9.12]


The "islanders" [as they are referred to by the town and village boards] first made their  P.I.L.O.T. request known at Town Board meeting on 7.11.12 meeting.  After a twenty minute presentation, the "islanders" were advised that the village board was the governing body to approach with this request, not the Town.  I found this to be a slick bureaucratic move on the part of the Town Board and their advising attorney.

The 'islanders" made a similar pitch to the Village board at a 7.24.12 meeting. Asking for Equity in village, town, and school taxes.  To this date, it appears that the "islanders" have not approached the Alexandria Central School district. 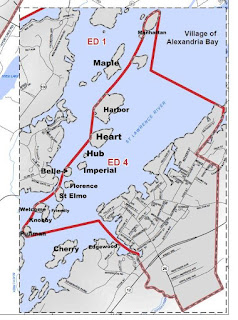 Town of Alexandria Proposed Budget for 2013 has a 56% Increase
Posted by jim cummings at 11:04 AM

The Bride And her Love Sick Monster

This video of the 1935 Universal Pictures adaptation of Mary Shelley's Frankenstein,  Bride Of Frankenstein depicts one of the most horrific, tragic and short lived romances ever to hit the silver screen. It is edited and synched by me to Love Sick Baby written/sung by Britney Mulvaney , a song that depicts a romantic interlude not shared. Britney is a student at S.U.N.Y. Potsdam......

N.Y.S.U.T. stands for New York State Unified Teachers, a union that is 600,000 strong.  Tonight, a hundred+  gathered at the village park pavilion to rally for Congressman Bill Owens. Teachers are attending a weekend regional union conference  at the Riveredge Resort.

Portrait Of "The Captain"


By definition, a portrait should reflect the personality, likeness, and mood of the person. It should also tell a story, giving the viewer some insight into the one portrayed.

There are lots of River Captains in the 1000 Islands.  But when someone says hey have you seen Captain?  There is no doubt who they are looking for.... In the Bay there is only one Captain..... affectionately known by all as Captain F.B.  It really does not matter what the F.B. stands for, I am sure most of you know, or you can figure it out on your own. 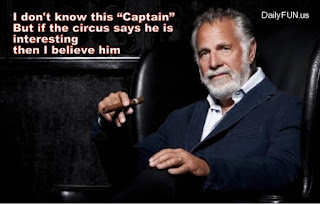 The Captain is the oldest living pirate, dating back to the mid 1960's.  He is one of the best cooks that I know.  The Captain is a local personality..... and one of the most interesting people in Alex Bay.  The video below is my version of a portrait of "The Captain"


Why the emphasis on the ¢symbol? As I was looking through the simplified hand out of the budget [below] , that was prepared by Supervisor Hunneyman, I saw $53 and $83 per thousand increase.  Which caused some confusion. Then I realized most people would not know that the cent symbol is a special character and has to be accessed by using windows "character map".


In today's economy, Every ¢ counts.  Local, state and federal governments all have their hands in our pockets.  The money is just not there.  Add the cost to run our schools with dwindling aide and that cost gets passed on to you and me.  I know I am preaching to the choir...... We really have little say in our taxes on the state and federal level.  The Town Tax?  Now that is all together a different governing body, one that actually serves at the whim of the people.


Not Happy with the increase?  Remember that this budget is still only a proposal.  Call your elected officials and tell them the budget officer needs to go back and rework the budget, with lots of pencils and erasers.  Pennies turn into dollars very quickly. 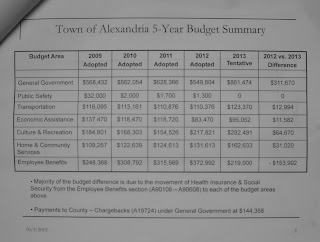 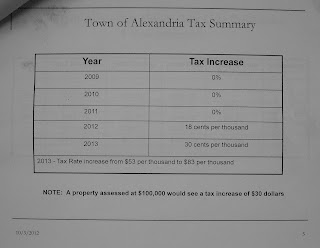 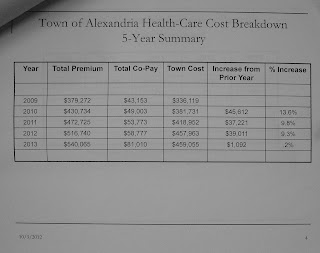 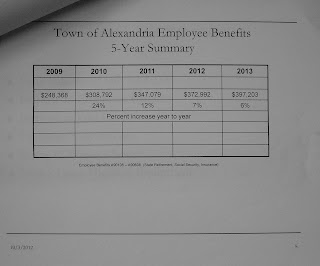 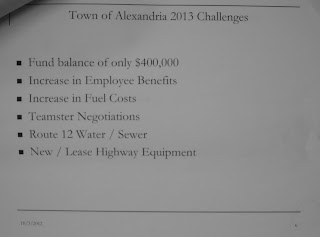 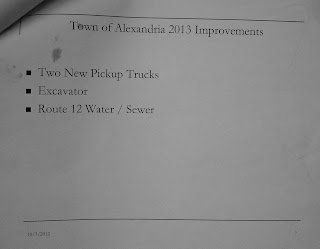 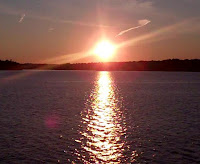 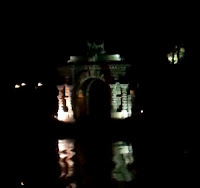 As the sun disappeared, the islands became silhouettes against the background of the river.  The blinking red channel markers guided the cruise ship along our tour.  Standing on the top deck, I took video shots of the river view.  As the darkness took over, the well lit  Boldt Castle could be seen in the distance. As we moved closer,  the Grand Castle emitted a stunning iridescence.  A shining show piece at the end of a pleasant trip.


T.I.R.R. Event organizers did a little thinking outside of the box and found a different location for the vendors. It is a location that is closer to James St. where most of the weekends activities takes place.  The lower section of the long term parking lot will be the new vendor headquarters. New rules will also be imposed on vendors, with the implementation of a Profanity Clause.


I have to give the organizers credit..... some  would have cried and whined saying why are you doing this, you [the village board] are going to ruin this event. Others might have rallied business owners to send emails and make phone calls to village board members, or maybe even threaten to move the whole event to Clayton. Thankfully none of that happened....

Audio From That Discussion