Let's get something straight.  I am not an advocate for underage drinking. But!

Raise Your Hands If You:

Lots of hands were raised on questions 1,2 and 3. #2 is a biggy because those parties are going on right now. Very few hands were up for #4. Unless you have been in trouble with law and were an informant [snitch] and were paying your debt to society [community service] because you had broken the law, I bet nobody raised their hand for question 5!  These informants will do or say anything to complete their community service, especially if they are not well supervised during the sting operation on the establishments.
Were all the establishments in the village that serve alcohol included in this sting?  Or were just a few targeted?  Is underage drinking a large enough problem in A-Bay that our local PD devoted manpower to this situation?  Will it be worth it to the taxpayers in the cost to the village in overtime for our PD to show up in the courts? Who orchestrated this sting operation and did any of our VB members know about it?  For very obvious reasons,  this type of sting is handled by either the County Sheriffs Dept. or NYS Troopers.  Could this have been handled another way?  I have been told that each of those establishments could face fines of up to $5000 each and/or 30 days revocation of their liquor license.
Now that this sting is over.....Do any of you feel any safer {Go to Lock Your Doors}?  Do motorists still speed in our village?  Are there groups of teens wandering the streets looking for trouble?  Do vehicles get keyed while the owners are staying for the weekend?  Are there skateboarders downtown darting in and out of traffic?  Are there a whole host of other issues that our PD could be addressing? 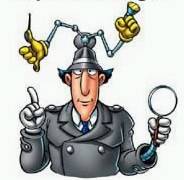 Our Village Board has seen to it that our PD has all the latest and coolest gadgets....tazers, tactical shot gun, mountain bikes with lights and sirens.  All the bells and whistles to make our community safer.  The Gadgets are not making me feel any safer.  Neither does the latest Sting.......
Posted by jim cummings at 9:32 AM

Jim you need to be realistic, the laws are there for a reason. What do you want this community to be... "known for serving minors"??

I am realistic....My point is you let the larger agencies do that dirty work...NOT the local PD

So what, none of the cops in this Village got enough balls to post a non anonymous comment ?

Dotster, nice name guy/girl whoever u are. I'm one of the anonymous ones and I'm no cop and I don't even have balls.

Unless you've been living in a cave my identity as DoTsTeR is no secret. I'm the guy that exposed Police Chief Mullaneys checkered past and told everyone the truth about the crooked deal the chief made with the Mayor to get rid of Chief Sacco and take over his job. I'm Johnny Turesdell, I'm Abay.com, I'm Chris Williams, I'm DoTsTeR.. take your pick becuase whatever name you call me I'm gonna tell it like it is.. oh BTW I dont hide behind anonymous comments..

I just wanted to comment on what happened. I am the manager of the Muskie Lounge (scott couch) We were charged with serving the minor as well as some other bars in town. In 20 years working in the bar business I have never had a violation. Even when I ran the club in watertown with 300-400 people coming in the door per night we never had a violation. The village sent a minor in that looked in his late 20's. Beard,mustache and very well built. Not lanky as most teens look. Our bartender did check his id but looked at it upside down and thought it said dec. 1986 instead of dec. 1989. The law states "no one can intentional" serve a minor. There was no actual intent in our serving this minor or in the others in town. The bartender that got charged at the Dancing Dog has been in the business for at least 30 years with no violation. If the village wanted to find out if the bars in town were actually serving minors why didn't they send in a minor that looked like a minor? They did not make this town safer. They caught the bars in a mistake. I don't believe for a minute that our bartender knew she was serving a minor as I don't believe our neighbors at the Dancing Dog knew they were serving a minor. I have never heard of a local village police department doing their own under age sting. This is always left up to the county and state level as it should be. I would like to know who is the master mind behind this sting. I intend (and hope everyone that feels the same way will) file a complaint with the New York State division of investigation which is responsible for investigating village and city police departments. They have a toll free number which you can file a complaint with. This is the same department that cleaned up the City of Watertown Police department when they were allowing their officers to break the law with no charges. I would like to firmly state I DO NOT Advocate underage drinking but this sting did not stop underage drinking....it caught some honest businesses in an honest mistake. GREAT JOB ALEX BAY PD!!!!

JC, I remember when you were underage.

No shit! I had a fake ID....and when that did not work....you probably bribed the bouncer to get me in. Again Raise your hand if you never went into a bar and drank before you were old enough....