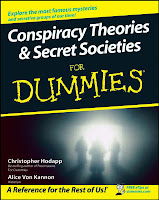 My imagination started working overtime as I read the article 2 Nursing Facilities Planned in County in today's W.D.T.  I took a couple of creative writing courses when I was in college.  I remember the professor saying "all good fiction is based on some facts"  "just enough of them to make the story believable".  The article starts out with this eye grabbing line:  "After months of secret meetings and feeding misinformation to the media, Community Assisted Living Corp. on Friday finally unveiled its plan......."  Man......this is some juicy journalism,  perfect for conspiracy theories, and drama.  The following is my piece of fiction based on the facts of the closing of  the River Hospital SNF,  as everyone knows them................{please read the article in today's WDT first}  Same story with a different slant reported on WWNYTV.com

This past February our community was shocked to learn that the River Hospital had been secretly planning to close it's 27 bed Skilled Nursing Facility.  You see....RH had been conducting it's own secret meetings for months prior to the info being leaked/announced to the media and the community.  At the same time Community Assisted Living Corporation was conducting similar meetings.  The Board of Directors at RH thought they were doing what was right.....being fiscally responsible and shutting down the SNF that was eventually going to "kill" the rest of RH. However, not all the BOD at RH knew that several of their BOD members were secretly meeting with the BOD at CALC.  In order for the feasibility study to show that the county needed more beds....the county had to show less beds!  So....the RH SNF was closed and poof.....there were 27 less beds available in the county.  The elderly were moved and all of a sudden any vacant beds within the county were full and now there was a waiting line to fill the beds when they were vacated.  The crisis of a shortage of beds was created.
What does RH gain from this? RH felt the heat when they forced family members out of the SNF.  All will be forgiven and forgotten when a  new 35 bed facility located somewhere along the St Lawrence river is built in the near future.  THE END!